Watching movies and playing games on a projector is probably the best way to utilize the projector and also get a large-screen viewing experience. However, you can’t limit the projector to a particular parameter and also use it for watching live sports, TV shows, documentaries, etc.

Now it boils down to the question, how to watch TV on a projector? Well, it is pretty easy, and if you follow specific processes, you can watch TV through a projector. Watching a TV on a projector expands your horizon and allows you to explore many contents that you won’t quickly get on the OTT platform.

There are numerous ways that will allow you to utilize your device, like a cable TV projector, so you won’t have to worry despite the projector type you own.

Connecting the Projector to Set-Top Box 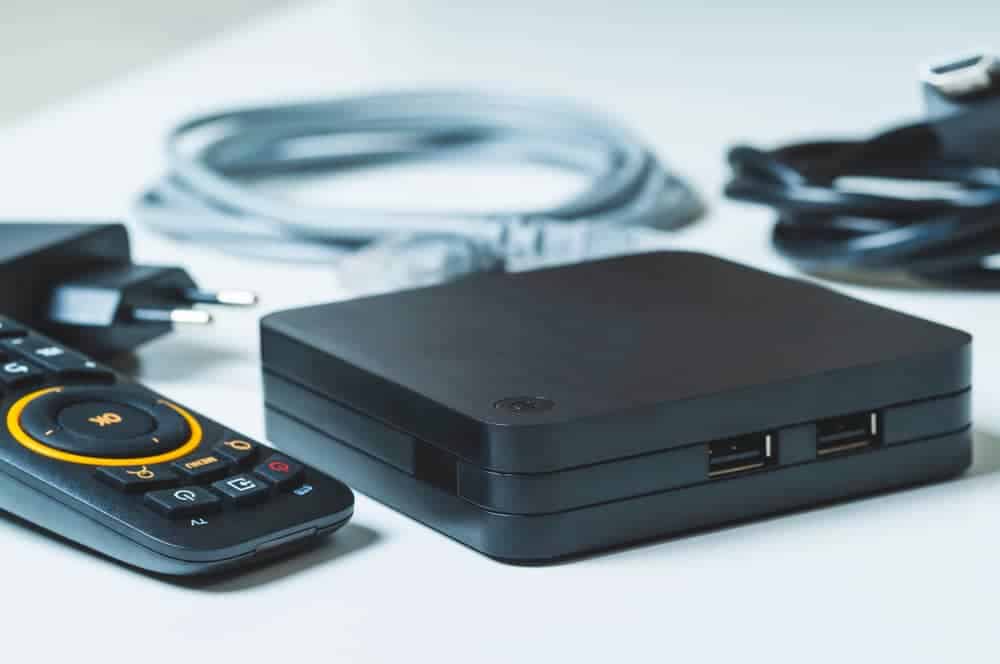 Connecting your projector to the set-top box you are using is probably the most basic way of enjoying the live channels through the projector TV setup. Whether you are using a modern setup-top box or an old cable box, most of them come with either HDMI or VGA ports. Based on the compatibility of both set-top box and TV, you should choose the cable you want to use.

If the HDMI port is available on both devices, then it would become easy for you. First, take one end of the HDMI cable and hook it to the respective port located behind the setup box. Now take the other end and put it in the HDMI slot of your projector.

Please make sure both the ends have been tightly inserted; otherwise, it will lead to a black screen. Once you have established the connection, it is time to switch on both devices.

Generally, your projector will automatically detect the Set-top box, but if it doesn’t, then you will have to detect it manually. Now, you can easily play live channels through the set-top box on the large screen without issue. In the event of low or zero sound output while playing live channels, then you should re-hook the cable and check the audio settings.

Connecting the Projector to TV Sets

The easiest solution for the query “how to watch TV on projector” is simply using a TV set along with the projector. If you have a modern TV that comes with an HDMI port, then you can comfortably connect it to the projector.

Both the TV and projector should be set at an appropriate signal medium so that you can watch the TV contents through your projector. It is always advisable to use long and high-quality cables. However, if you are using an old TV, then it will either come with VGA or RCA port for video and audio transmission.

Even if you have a modern projector, it will definitely come with a VGA port so that you won’t have a problem connecting it. However, you might find difficulty in finding RCA port compatibility with the modern projector as it has become an outdated video and audio transmission.

If there is no compatibility, then the only solution is using an RCA to HDMI or VGA to HDMI adapter to connect the projector to the TV. Most of the adapters will come with a separate audio port, so you shouldn’t buy an adapter that doesn’t offer an audio cable, especially for an RCA converter.

Nowadays, many projectors come with an inbuilt Android platform that not only allows you to utilize the smart world but also access a lot of apps. This kind of projector comes built with the Google Play store, and from there, you can use any OTT app to watch TV on the giant screen.

Many OTT apps nowadays offer the option of watching live TV through their app, so it gives you a hassle-free experience. However, you will have to take a subscription from any of the OTT platforms to watch those channels.

There are some apps that offer free TV channels, but you will get limited options. Apart from the inbuilt Android support, you will also need high-speed internet or a Wi-Fi network to have a seamless viewing experience and enjoy a live projector. 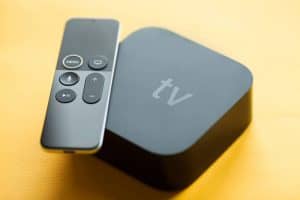 If you are wondering how to watch TV on a projector without a cable box, using streaming devices is probably the smart move you can make. Nowadays, the market is filled with different streaming devices, and most of them offer an excellent user experience.

Google Chromecast, Roku Streaming Stick & Stick+, Amazon FireTV Stick, and Apple TV is probably the best option for using a projector as a TV through streaming devices. All these devices come with minimum resolution support of full HD resolution and a powerful Android platform.

Some versions of these streaming devices also support 4K UHD with HDR so that you can watch the modern 4K TV channels with ease. The best part of these devices is that they even support direct channels like HBO, ABC, NBC, ESPN, NBA, The CW, Hulu, Fox Now, NFL, etc., thus allowing you to explore most of the on-air channels without needing to use any app.

However, not all the channels are supported by each of the streaming devices. Roku Stick + will get you NBC, HBO, and ABC, while Apple TV will give you the added advantage of also watching ESPN, Disney, CBS, and many more. So you need to choose the streaming device based on your requirement.

Another advantage that you would get from Apple TV is the option of using the iTunes library that enhances your entertainment horizon. Amazon FireStick device, on the other hand, offers a wide range of on-air TV channels falling in different genres. Besides these channels, all the streaming devices support numerous OTT apps, so you won’t have a problem playing TV channels from these apps. Check out our guide on how to connect firestick to projector.

Visual quality won’t be your concern as the resolution support ranges from full HD to 4K UHD HDR. Connecting these devices to watch TV on a projector is pretty easy as you just need to put them in the HDMI slot. Once connected, your projector will automatically detect the streaming device, and you can operate it using the supplied remote.

Some devices even support voice commands through Alexa or Google Assistant so you can have a hands-free experience. You will also find other streaming devices from MI, Nvidia, Sling, etc., that will also allow you to use a projector as a TV, but the features are limited.

We can conclude by saying that we hope we are able to help you with your query about “how to watch TV on a projector.” We have supplied all the necessary information so that you can hook the cable up to a projector and enjoy your football match on the big screen.

We have briefly described the process which we think will guide you through establishing a successful connection. Budget and compatibility won’t be a problem for you as we have offered different types of processes for watching TV on a projector.