While shortlisting your projector, you must have come across the brightness specification where some projector offers ANSI lumens while others provide lumens. It isn’t very clear, especially for newcomers who don’t have an in-depth idea about the brightness of the projector. Moreover, the lack of knowledge about different brightness often makes it difficult for buyers to assess the projector’s performance.

To find the most appropriate projector, you need to have a deeper understanding of the brightness and its units associated with it because the intensity determines the clarity and output quality. To solve all the confusion, we have come up with a guide that will help you to understand between ANSI lumens and lumens.

So without further ado, let’s start with our guide; 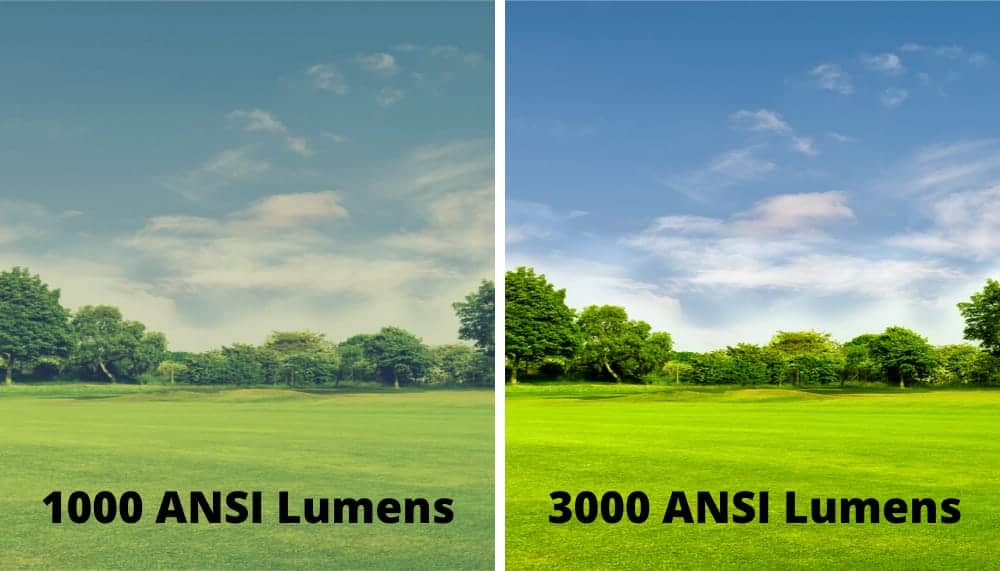 Lumens is actually a standard unit that depicts the brightness of a projector, or in other words, it shows the luminous flux measurement of the projector. Basically, it shows how much light can be produced by your projector to maintain a bright view in any light condition. When you look at projectors from most of the reputed brands, you will see almost every unit comes with ANSI lumens badging. You shouldn’t get confused with this new term because it still shows brightness measures but with a standard term.

The ANSI is basically an abbreviation of the American National Standard Institute, and they established a standard measure for depicting the measurement of light produced by a projector. It is a standard measure that is accepted by every projector brand in the market, and this is why you will see the brightness specification come with an ANSI lumens unit. A significant reason that ANSI lumens are preferred by every brand is that it offers a certain brightness level when it comes to measuring the vividness of the projector.

All the projectors holding ANSI lumens badging are rigorously tested by the National Standard Institute under different conditions, and the combination of all results gives out the true ANSI lumens. Apart from the brightness, the contrast of the projector is also assessed, and the given results assist the institute in devising the actual lumens rating. Minimal differences in measurement can make a difference in the quality, and if you compare between 50 ANSI lumens and 100 ANSI lumens, you can easily understand the difference.

Generally, the institute places the projector in a temperature-controlled enclosed room where there is no other light source or ambient light intrusion. Then the projector is switched on so that it can produce a focused beam on a standard projector screen having 1.0 lambert. Then the engineers measure light at different spots on the screen and then average the measurement to multiply it with the total screen area.

However, it is said that the ANSI brightness assessment is entirely subjective, and it varies according to the optical power of the human eye. This method of assessment bars the projector from overdrive and gets out the fine contrast ratio.

So this is why ANSI lumens are preferred by every manufacturer in the world as it offers more accurate results than standard lumens units. But you will be surprised to know that some experts often think that ANSI lumens can often be wrong in certain light conditions.

Because when ANSI lumens are measured, it doesn’t consider variables like ambient light condition, screen material, eye tiredness, and many other factors. So ANSI lumens can’t be used as an ultimate brightness standard unit as different light conditions can change the clarity and vividness of the projection. 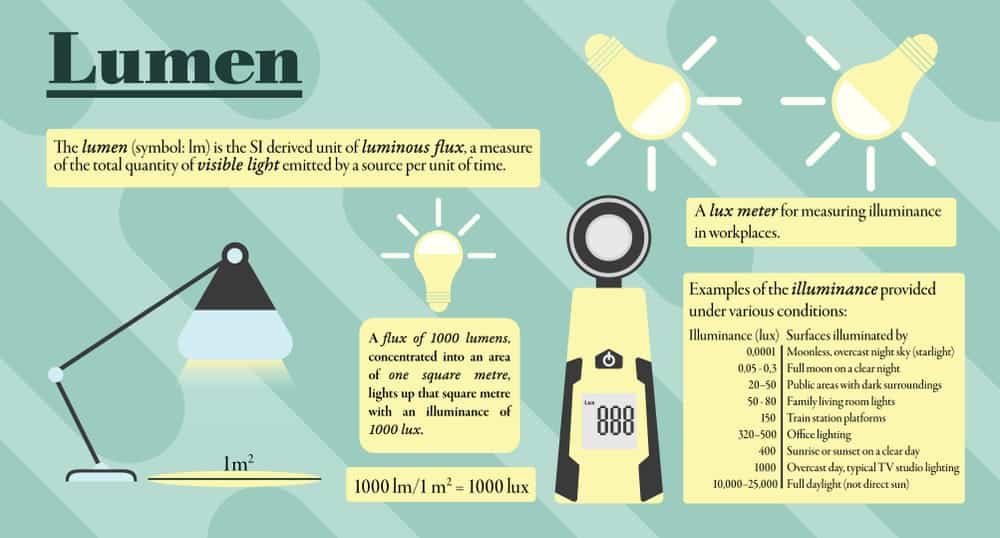 Lumens unit that is often associated with the brightness of the projector is a generic term that defines the vividness level or the luminous flux of the projector. Basically, the lumens unit gives the user a basic idea about how much vividness he/she is going to get when they project content on a white screen.

Although it is not accurate as ANSI lumens, it shows an average measurement of light that the projector will deliver on the screen. Unlike ANSI lumen unit, lumen is denoted as lm, and it is measured by evaluating the total amount of light that is produced by the projector per unit of time. In simple words, lumens are devised by measuring the luminous flux, which measures the electromagnetic wave that a human can perceive.

Even though lumens measures only visible electromagnetic waves, but still it isn’t accurate because it doesn’t evaluate various conditions. Many experts consider lumens as a relative measurement that shows an average or hypothetical result based on the light sensitivity of normal human beings. Most importantly, the brightness offered by the projector is also dependent on ambient light conditions and distance from the screen. So if you place a projector at a considerable distance, then a lot of light is lost when it reaches the screen, thus offering lower brightness than what is mentioned in the specification.

Unfortunately, there isn’t any international body that controls the lumens figure of projectors, so you can’t wholly trust the lumens figure. Many manufacturers, especially Chinese sellers, include fake lumens figures in their projector’s specifications to attract customers.

This is why many vendors say that a customer shouldn’t rely on the lumens figure provided by the manufacturer, and before buying, he/she should test it in real-time condition. So if you are buying a projector with a lumens unit from an e-commerce site, you should check user reviews to know about the real brightness figure. Many sellers in Amazon put their projectors with false lumens so that they can lure buyers and grab as many sales as possible.

So its boils downs to the fact;

You Should Only Consider ANSI Lumens

When you are planning to buy a projector, it would be smart to stick to a device with ANSI lumens because it will tell you the exact brightness level. Whereas with lumens, you don’t know what brightness level you will experience because many sellers bump up their lumens figure to appeal to their buyers.

You will come across many lumens types, but none of them hold the industry standard rating as ANSI because it is followed by almost all the manufacturers. However, it would be best if you understood that it doesn’t determine the overall picture quality, but it serves as one of the factors that add to the picture quality.

As a smart buyer, you should evaluate the lumens properly before spending your hard-earned money on a particular projector. Apart from the brightness level given in the specification, it would help if you cross-check with different experts and user reviews to understand the real lumens value. Check out a related post, “How Many Lumens for Outdoor Projector?”