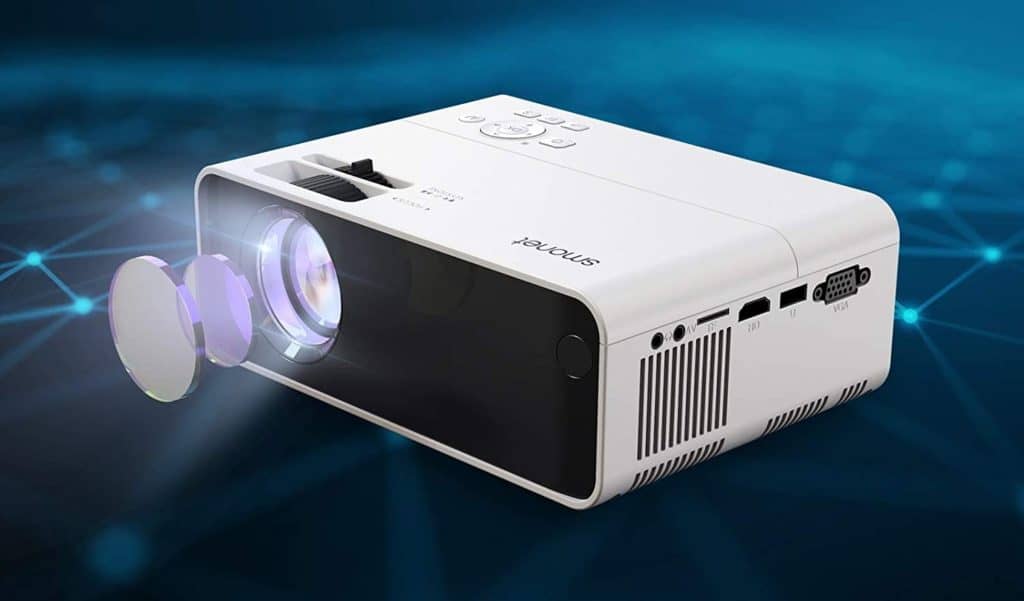 There are many different types of projectors on the market these days. Some are good for business presentations, while others are perfect for watching movies.

But have you ever seen a 3D projector? These devices can create an immersive 3D experience by projecting images onto a screen that appear to be three-dimensional.

Wondering how they work? These projectors use advanced technology to create an immersive 3d viewing experience.

This blog post will explore how 3D projectors work and discuss some of their benefits. So let’s get right into the details!

What is a 3D projector? 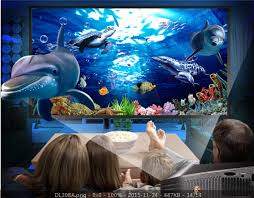 A 3D projector is a device that projects an image onto a screen or other surface in three dimensions. It uses light to create the illusion of depth and solidity in an image, making it appear as if it were truly three-dimensional.

3D projection technology has been common for decades in cinema and television. It is also helpful in video games, theme park rides, and other immersive experiences.

The common types of 3D projectors are:

Active 3D projection uses a specialized projector that emits two slightly different images for each eye. These images complete the process by glasses worn by the viewer, which filter each image to the correct eye.

Passive 3D projection uses a standard projector to display two images side-by-side on the screen. Viewers wear polarized glasses that allow each eye to see only one of the images. This method is helpful in movie theaters.

Liquid Crystal Display (LCD) projectors use liquid crystal panels to modulate light. LCD projectors are often less expensive than DLP-based projectors, but they may not offer the same level of image quality.

3D projection can work for various purposes, including entertainment, education, and business. It can create realistic simulations of three-dimensional environments, such as those found in video games or movies. It can also create educational experiences, such as virtual field trips or interactive museum exhibits. And it is useful for business purposes, such as product demonstrations or architectural renderings.

3D projection is a rapidly evolving technology with many potential applications. It will profoundly impact many aspects of our lives in the years to come.

How does a 3D projector work? 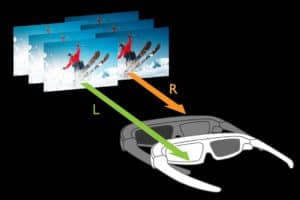 A 3D projector works by projecting two images onto the screen simultaneously. The left eye sees one image, and the right eye sees the other image. These two images are slightly offset, so your brain interprets them as a single 3D image.

The human brain sees the world in three dimensions, but the images projected onto a movie screen are two-dimensional.

A 3D projector must have two discrete image sources and a way to direct each image to the correct eye to make this happen.

Approaches to creating a 3D image

There are several ways to create a 3D image.

One common approach is to use a single projector with two synchronized lenses. The lenses are positioned side by side, and each one projects its image onto the screen. A filter is in front of each lens, and the filters are polarized in opposite directions.

A polarization beamsplitter split the light beam from each projector into two beams—one projected onto the screen and one reflected off the screen.

A third approach is to use a single projector with a spinning color wheel. The color wheel has three different sections—one each for the left eye, the right eye, and a third (blank) section.

As the color wheel spins, it alternately blocks the light beam and allows it to pass through. It causes the left and right images to project quickly, so your brain fuses them to create a single 3D image.

3D projector technology is still in its early stages, but it has the potential to revolutionize the way we watch movies and play video games. This technology uses a special projector to create a three-dimensional image that you can view without 3D glasses.

The first step in creating a 3D projection is to capture the left and right eye images separately. Of course, you can do this with a traditional camera, but unique 3D cameras are also available. These cameras capture two images at slightly different angles, which are then combined to create the illusion of depth.

The next step is to project these separate images onto a screen using a special 3D projector. The projector splits the images and projects them onto the screen side by side. Each eye sees a different image, which gives the illusion of depth.

There are a few different ways to create 3D projections, but stereoscopic projection is the most common. This method uses two projectors to create the illusion of depth. The first projector projects an image onto the left side of the screen, while the second projector projects an image onto the right side of the screen. Each eye sees a different image, which gives the illusion of depth.

How is a 3D projector different from a traditional projector? 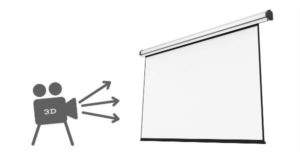 3D projectors are different than normal projectors in a few ways. First, 3D projectors use two images projected onto the screen simultaneously to create the illusion of depth. It is done by using polarization, which allows each eye to see a slightly different image. Traditional projectors only use one image, so they can’t create the same level of depth and realism that 3D projectors can.

Another difference is that 3D projectors often have special features to work with 3D content. This includes things like hardware-accelerated graphics processing and support for stereoscopic 3D formats. Some 3D projectors also come with special glasses that you need to wear to see the images properly.

Finally, 3D projectors tend to be more expensive than traditional projectors because of the extra technology. However, the price difference has been shrinking as technology has become more commonplace.

No, 3D projectors do not need a particular screen. However, a special screen can enhance the 3D experience by providing a brighter and more vibrant image. Special screens reduce light reflection, making it easier to see the 3D image.

How much does a 3D projector cost?

3D projectors can range from a few hundred dollars to several thousand, depending on the features and quality you are looking for. You can find some decent 3D projectors for around $1,000 to provide a good quality image, but you could be looking for $5,000 or more if you want something top of the line. Some factors that affect the price include the projector’s brightness, resolution, and whether or not it is capable of projecting in both 2D and 3D.

Why is 3D projection important?

3D projection is important for two main reasons. The first reason is that it allows for the creation of frame sequential signals. Frame sequential signal is a digital signal consisting of two nearly identical images. The second reason is that 3D projection creates digital light processing or DLP displays. DLP displays are a type of display that uses an array of tiny mirrors to create an image. The image quality is essential, and the frame packing and liquid crystal display, no doubt. It would help if you had a full resolution picture up to half of the projector screen.

Do you need glasses for a 3D projector?

There is no general rule regarding whether or not you need glasses for a 3D projector. Ultimately, it depends on the specific projector and 3D format being used. For example, some projectors work with active shutter glasses, while others may use polarized glasses. Check with your projector’s manufacturer to see if special glasses are required.

Are 3D projectors active or passive?

There is no single answer to this question as it depends on the specific 3D projector in question. However, most 3D projectors generally use active shutter technology, which requires special glasses that synch up with the projector to create the illusion of three-dimensional depth. Some newer models are beginning to experiment with passive 3D projection, which does not require glasses, but this technology is still in its early stages of development.

Can I play 3D movies on my projector?

3D projectors quickly gain popularity as they become more affordable and easier to use. But how do they work? In this post, we took a closer look at how 3D projection technology works and some of the different types of 3D projectors on the market. By understanding the basics of 3D projection, you can decide whether or not a 3D projector is right for your needs.